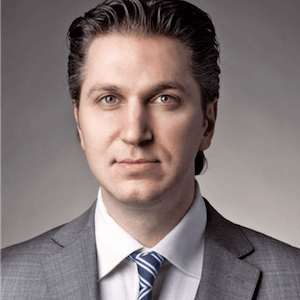 Now Baazov is seeking C$2 million in damages. The charges he filed describe the prosecution as malicious and abusive. Whatever is won will reportedly be donated to 5 charities based in Montreal. Lawyers explain that the former CEO is seeking to “vigorously” defend his name, rather than profit from these events. For its part, the AMF says the new charges are unfounded and that it will be mounting its own rigorous defence.

Determining this case's merits, and the guilt or innocence of the accused, is now somewhat academic. Lawyers described the accusations as speculative and distorted during early hearings, and during cross-examination AMF officials admitted that the case was purely circumstantial.

Judge Salvatore Mascia stayed all charges and cited AMF “laxism”, “repeated errors” and “lack of rigour” as his motivation for doing so. One of the prosecution's biggest blunders was accidentally giving the defence 320 000 privileged documents, and then sheepishly asking for them to be returned.

Baazov didn't finish high school or obtain any formal qualifications, but he took Amaya from a B2B online gaming supplier to one of the world's largest and most powerful gambling companies. In 2013, aged just 34, he orchestrated an audacious takeover of PokerStars. The corporation also owned and operated Full Tilt. Bloomberg and other major outlets hailed him as a “King of Online Gaming”.

However, in 2014 the AMF became suspicious of certain movements in Amaya's stock. Ultimately, Baazov was charged with 5 security fraud counts. He was accused of giving investors private information prior to the Amaya acquisition of PokerStars. Allegedly, this intelligence allowed investors to buy up stock in the months before the price spiked.

Surrounded by a cloud of suspicion, Baazov took a leave of absence as Amaya CEO in 2016. The following year, the corporation distanced itself from him by rebranding itself as The Stars Group. Even after being forced to give up his role as CEO, Baazov tried to buy the company he founded, and take it private, several times.

These attempts were rebuffed and he eventually sold most of his Amaya holdings. He has always maintained that he acts with the best interests of the business, and its stakeholders, at heart. Considering how well The Stars Group has done since his departure, perhaps this is indeed the case.