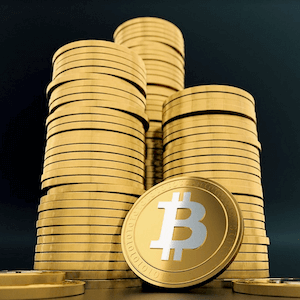 It seems that the Bitcoin extravaganza is now officially over. Or at least it has fallen out of the mainstream, and become more of a niche trade. So as the dust settles on that era when cryptocurrency was making headline news, reports are only now beginning to surface that reveal bewildering facts about the still immerging market. Of course, given that the market was still so young, it took some time for real data to be collected.

Either way, one recent report has put the situation in striking perspective; trading Bitcoin is nothing more than gambling. But it is gambling with odds that are far worse than any that can be found in a legal gambling game. Casino games have odds that range between moderate and relatively low. But the odds of seeing returns in Bitcoin trade are far worse than even the least generous of Las Vegas casino games.

How Does Trade Work?

In essence, trading stocks is a simple prospect. The idea is that stocks are purchased at a specific price, and sold at a higher price. The value of that stock should grow over time, meaning that the original amount paid is exceeded, hence creating a ‘profit.’ Of course, this profit only ever pays out if the stock is again sold, relinquishing any further gains that may occur.

The point is that stocks must gain value over time. This expectation is reasonable, given that all economies grow. On average, the Dow Jones has grown an average of 6.7% over 30 years. Or alternatively it can be said that the Dow Jones delivers an average of 13.6% return on investment. That is a 95% probability that investing in the Dow Jones is a good idea.

Casino games have negative long-term loss, but players know this. The odds can be swayed by playing smart, and the money can be pulled out at the right time. Furthermore, the gains are always possible, and the odds are always known.

In trading Bitcoin, there is no such situation that exists. Given that the entire industry is based on one person selling coins, and another buying, the trade is nothing short of pure speculation based on vague, or entirely unknown factors.

To put it another way, the 10 year average on the trade may suggest a 60% return, but that is with an enormous caveat; ± 160% probability. Which means that the odds are 95% you lose every cent you have invested, or make a big gain.

Far worse than even the Big Six Craps bet, by a pretty big margin.