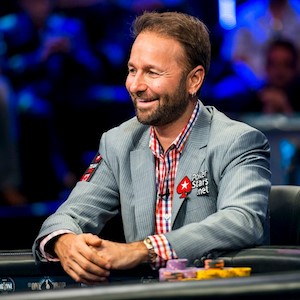 For the longest time the names Daniel Negreanu and PokerStars were synonymous. Everywhere the Poker legend went he was representing the company. PokerStars, the biggest online providers of Poker in the world, relied heavily on him getting their brand out to the public. But now this is all coming to an end, with the two no longer being associated.

But it was not a falling out, according to the legend himself, otherwise affectionately known as Kid Poker. The split is amicable, he declared in his own words, so hopes are that there will be no bad blood or hard feelings.

Negreanu, the most high profile member of the official PokerStars Pro Team since 2007, had nothing but praise for his ex-partners. He was quick to make clear that the union was nothing short of an incredible run, and that he had nothing but fun being an ambassador for a major brand. He likewise went out of his way to praise the people he had worked with during the partnership, and declared that his travels around the world, including Monte Carlo and Barcelona, were an incredible opportunity.

Well Wishes All Round

On behalf of the company, Rebecca McAdam Willets also extended her well wishes. She stated that the 12-year union had been one of passion, with the professional player providing valuable insights and priceless support. She concluded by saying that she hopes his future is one full of wedded bliss, and tons of great runs.

The 12-year era she referred to started in June of 2007, when the official PokerStars ambassador team was born. Negreanu’s own established website, Full Contact Poker, was absorbed into PokerStars, and officially became the face of the company. But he was not alone, he was joined by other well-known stars of the industry, Joe Hachem, Chris Moneymaker and Greg Raymer. Together they formed the pro team that were relied on to score big in the tournaments, and do the company proud.

Even as the other ambassadors faded away, Negreanu did well, scoring big in a number of tournaments, including a massive fourth place win in the 2013 EPT Grand Final where he pulled in a jaw dropping €321,000. So his fame kept growing. But recently his name has become more synonymous with criticism, rather than being a living legend of the game.

After the website made changes to rewards programs that drew the ire of professionals around the world, he took to defending the changes. His stance was met with dismay, as many players hoped he would champion the cause rather than side with the perceived enemy. Running jokes were even made at his expense by popular online figures Joey Ingram and Doug Polk, all but cementing the living legend as a fading star.

But Negreanu will hardly be fading into obscurity or disappearing from the scene. Still widely seen as the face of the game, he even spoke out in a vlog declaring he felt freed by the partnership coming to an end. He simply said that he was excited about his future and all that it held.