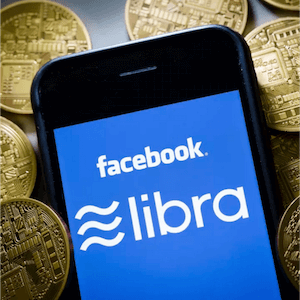 With Bitcoin becoming increasingly popular and accepted everywhere from ecommerce sites to online casinos, Facebook is clearly keen to jump on the cryptocurrency bandwagon. Now, despite creating major controversy with governments the world over, the social media giant has announced that their proposed cryptocurrency, known as Libra, will launch in 2020.

The company remains positive that this is the next step in the evolution of the social media platform and its online realm. However, major international powers still seem to be largely against the move, and have caused significant delays in the product launch.

At the moment, Facebook is facing a number of questions and concerns from governments and organisations around the world. They are attempting to ensure that the proposed cryptocurrency will by properly regulated, and won’t cause a major upset. While many have adopted Bitcoin as a currency of choice for playing real money casino games or transacting online, it’s not quite clear whether those same players would be keen on Libra, especially considering Facebook’s privacy scandals of the past.

The most recent move towards launching the cryptocurrency is the announcement of currencies that support, and will be supported, by Libra. Facebook has pushed to get Libra backed by a large number of real-world currencies in order to ensure that it doesn’t fall victim to the usual issues of price volatility that have been crippling to other cryptocurrencies. So far, the list of assets backing Libra is fairly extensive. It includes some of the biggest names: the British pound, the US dollar, the Euro, the Singapore dollar and the Japanese Yen.

The most notable asset that is missing from the list is the Chinese Yuan. This is the second biggest economy in the world and it is not included on the list. Speculation is rife as to whether or not this is on purpose, or because the Chinese are not willing to be part of the venture. Some analysts have said that it is possible that Facebook has opted to not partner with China on purpose because of the issues between the USA and China over trade and economic policies.

Threat To The Established Order

It is still unclear as to whether or not Libra will succeed, even with the launch date starting to be firmed up by Facebook. Many European countries are not keen on the idea, and are currently unlikely to support trade for real-world assets using Libra.

Countries such as Germany, France and Switzerland are currently unlikely to support the use of Libra. Facebook has stated that it realises that their cryptocurrency will more likely be used for cross-border payments by users, but for now, it remains to be seen who, what and where will accept it.