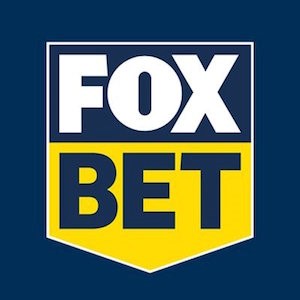 The Stars Group is celebrating a serious increase of its US footprint following the successful launch of its sports betting products in agreement with Fox Sports. The gambling operator and a casino resort also opened a land-based sportsbook.

The historic agreement with the TV network’s sports enabled the operator to launch Fox Bet and Fox Sports Super 6. The former is available in New Jersey and Pennsylvania only, while the free-play latter is available throughout the US. The latter’s app was downloaded in excess of 280,000 times in nine days. In that time, it generated more than 425,000 competition entries. It also earned spots among the game tab’s top 20, and among the games tab’s sports section’s top 10.

According to Fox Bet CEO Robin Chhabra, it had taken only four months from signing the deal to launching exciting, innovative products at state and national levels. The CEO commended the team’s dedication as well as the pace at which it progressed.

The Fox Bet product is available in New Jersey and Pennsylvania only because it is a sportsbook. Once they have created accounts, punters can place legal real-money live bets on basketball, baseball, football, golf, hockey, motor sports, soccer, and tennis.

The operator can offer Fox Sports Super 6 nationwide because there are no bets or entry fees. Although the sports prediction game is free to play, it offers hundreds of thousands of dollars in cash prizes on a weekly basis.

Chhabra said that the Fox deal enabled the operator to create a fresh, new offering for punters in the US. The CEO explained that the entertaining and engaging platform it created brought sports fans and the games they enjoy closer together.

Even as the operator is celebrating its US successes, it is preparing to lay off an undisclosed number of staff at its office on the Isle of Man. According to the announcement it made in September, the job cuts were due to difficulties faced by its PokerStars brand in various markets around the world.

The operator has two offices on the island that together employ approximately 400 staff. Despite the downsizing, the offices would continue to be an important hub for the company.

In a statement, the operator said the disruptions experienced by its long-running Poker brand forced it to optimise costs. It has done this by re-examining its fixed cost base, and the readjusting costs in line with its global strategy. Changes to gambling regulations in Russia and Switzerland, as well as the acquisition of Australia’s BetEasy and the UK’s Sky Betting & Gaming, saw Poker revenues plummet by 11.7% during Q2 2019.