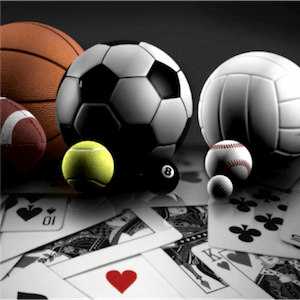 Canadians love their sports and affording them the opportunity to wager on sports events will create jobs, investments and additional sources of income for the country as a unit. Such was the nature of an argument recently addressed to the Editor of the Kelowna Daily Courier by Tony Santo, Chief Executive Officer of Gateway Casinos and Entertainment.

Santo raised his petition in the form of a letter and outlined the many positive elements associated with the legalisation of single bets on sports events. Santo said in his letter that Gateway Casinos and Entertainment wished to add its vote and voice to those recently raised by Ontario Finance Minister Vic Fedeli and Unifor National President Jerry Dias, both of whom had been instrumental in starting a fresh new national conversation in support of the legalisation of a regulated Canadian sports betting market.

Comply In Order To Compete

Santo said that sports betting was a seamless and very inherent extension of the kind of entertainment already offered by Gateway at its Ontario, British Columbia and Alberta venues. He added that the company was in regular contact with various border communities, what with currently serving those communities, and that the disparity when compared with the type of offerings available just on the other side of the US border, was tangible.

The CEO said that if Canadian regulators were to fail to pay heed to the many petitions being raised in favour of a legalised betting market, the cross-border competition dynamic would soon become a major threat and concern. Job security, said Santo, would be hardest hit, especially since states like New York and Michigan were now moving forward with their own regulatory establishments and would soon make it near impossible for any kind of ability on the part of Gateway to compete.

Jobs And An Income Boost

Santos concluded his written appeal by expressing the hope that those in power would heed the call of those directly affected by whether or not sports betting is legalised in the country. He said that federal government was being offered the opportunity to create jobs and enjoy more sources of income, and that the hope was that it would seize the opportunity with both hands.