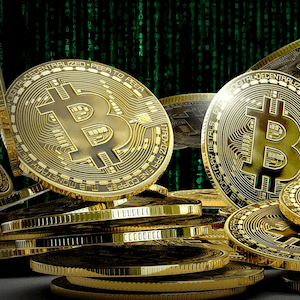 A lawsuit that is set to shape the future has concluded. Bits of Gold, the most prominent cryptocurrency in Israel, will still be traded at Bank Leumi. This come after an attempt was made to officially classify it as gambling. Should the bid have succeeded, it would have spelled a distinct future for cryptocurrency as a whole, with other countries sure to follow suit. The bank had previously frozen trading of the currency, but with the case concluded the flow of Bits of Gold will continue unrestricted.

It is not the first time that cryptocurrency has been under the microscope in the country. Previously the primary concern was that the currency would be used to launder illegal money, but this was quickly resolved and overturned. The most recent incident took more time to reach a conclusion.

The focus of the lawsuit said that trading Bitcoin, or any other such electronic currency on the country’s exchange, was indistinguishable from gambling. This was overturned, but the presiding judge did add a concluding statement, indicating that it was perhaps not the end of the situation.

Judge Baron stated that just because there would be no official restrictions on digital currency trade, it did not mean that the bank could not take further interest. This comment was likely referring to ongoing risk management and safeguard analysis still underway, with the industry still in question in the eyes of some. Either way, the court case and its outcome set a new standard for the future.

The Ruling Is Final

The ruling came as a relief to CEO of Bits of Gold Yuval Roash. Speaking on the outcome, he pointed out that he had worked hard on setting up a company that was within regulatory requirements. But he also made clear that he was aware it was a new industry, and that future regulations may be required in order to stay within the evolving law. But, he concluded, he would be ready to make sure the flourishing industry was pointed in the right direction.

With the outcome now final, Roash may be celebrating, but the bank seems to be taking a stance of distancing itself. There still seems to be scepticism as to what the future of the industry will be, despite the courts final decision. Interestingly, however, it was just recently in March that the Israeli Securities Authority put out official recommendations on how best to support the digital currency market, and suggested a regulatory sandbox system. Perhaps such a system will help ease future scepticism.