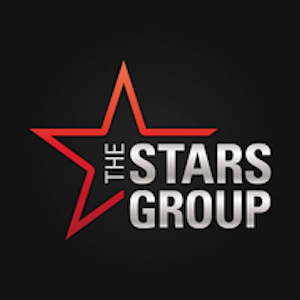 Fox Corporation subsidiary Fox Sports has signed a brand new deal with Canadian iGaming giant, The Stars Group. Under the new deal, the pair will launch Fox Bet; a US-facing media and sports betting venture. Fox Sports will also be purchasing a 4.99% stake in the company’s operations, which could increase to as much as 50% equity in the future.

The Stars Group (TSG) says that it is planning to use the net proceeds of around $263m from the deal for what it has termed ‘general corporate purposes’. The money will also be used to pay off outstanding debts on its first-line term loans, according to a recent press release on the matter.

In exchange for the aforementioned sum, Fox Sports will acquire 14,352,331 newly-issued common shares in the group, at a price of $16,4408 per share. The agreement values The Stars Group at a total of approximately $4.72bn, not including its various offshore operations.

The partnership, which has been described by TSG as a long-term commercial agreement, has granted the operator an exclusive license to make use of Fox Sports’ most prominent trademarks. A provision in the deal further states that, prior to the agreement’s 10th anniversary and subject to a few key conditions, Fox will also have the right to acquire an equity stake of up to 50% in TSG’s US business operations.

The Stars Group CEO Rafi Ashkenazi has since commented on the deal, noting that his team believes that the strategic partnership will perfectly position their company to build a formidable betting business in the United States’ regulated market. He says that using his firm’s media partnership strategy with Sky Sports in the UK, he is excited to be partnering with Fox Sports to integrate betting into sports media and drive punter acquisition and retention in the USA.

CEO and Executive Producer of Fox Sports Eric Shanks also shared his thoughts, saying that online sports wagering represents a rapidly growing market opportunity; one that will allow his firm to diversify its income streams, connect with punters, and expand the footprint of the Fox Sports brand.

The agreement will furthermore also see Fox Sports receiving certain exclusive brand licenses, along with additional income through affiliate and integration fees. In the meantime, both companies are looking forward to a successful pursuit in the US sports betting market, which has grown exponentially since the pastime was liberated by the Supreme Court last year.